According to the EPA,  when active mold is present, building occupants may experience a variety of health problems including headaches, breathing difficulties, skin irritation, allergic reactions, and aggravation of preexisting asthma condition. These symptoms may be associated with mold exposure.

All molds have the potential to cause health effects.  Molds produce allergens, irritants, and in some cases, toxins that may cause reactions in humans. The types and severity of symptoms depend, in part, on the types of mold present, the extent of an individual’s exposure, the ages of the individuals, and their existing sensitivities or allergies.

Potential health effects associated with inhalation of Molds and Mycotoxins include allergic reactions (e.g., rhinitis and dermatitis or skin rash); Asthma; Hypersensitivity Pneumonitis; Other Immunologic Effects.  Research on mold and health effects is ongoing. The following  lists some of  the known effects that have been extensively documented.  New effects and conditions are reported to the EPA & the CDC on an ongoing basis.

Molds can trigger asthma attacks in persons who are allergic (sensitized) to molds. The irritants produced by molds may also worsen asthma in non-allergic people.

Hypersensitivity pneumonitis may develop following either short-term (acute) or long-term (chronic) exposure to molds. The disease resembles bacterial pneumonia and is uncommon.

Mold exposure can cause irritation of the eyes, skin, nose, throat, and lungs, and sometimes can create a burning sensation in these areas.

Healthy individuals are usually not vulnerable to opportunistic infections from airborne mold exposure. However, molds can cause common skin diseases, such as athlete’s foot, as well as other infections such as yeast infections. 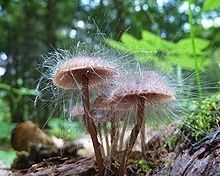 Some molds, such as Aspergillus versicolor and Stachybotrys atra (chartarum), are known to produce potent toxins under certain circumstances. Although some mycotoxins are well known to affect humans and have been shown to be responsible for human health effects, for many mycotoxins, little information is available, and in some cases research is ongoing. For example, some strains of Stachybotrys atra can produce one or more potent toxins. In addition, preliminary reports from an investigation of an outbreak of pulmonary hemorrhage in infants suggested an association between pulmonary hemorrhage and exposure to Stachybotrys chartarum. Review of the evidence of this association at CDC resulted in an a published clarification stating that such an association was not established. Research on the possible causes of pulmonary hemorrhage in infants continues. Consult the Centers for Disease Control and Prevention (CDC) for more information on pulmonary hemorrhage in infants. (See Resources list for CDC contact and other information.)

Molds can produce toxic substances called mycotoxins. Some mycotoxins cling to the surface of mold spores; others may be found within spores. More than 200 mycotoxins have been identified from common molds, and many more remain to be identified. Some of the molds that are known to produce mycotoxins are commonly found in moisture-damaged buildings. Exposure pathways for mycotoxins can include inhalation, ingestion, or skin contact. Although some mycotoxins are well known to affect humans and have been shown to be responsible for human health effects, for many mycotoxins, little information is available.

Much of the information on the human health effects of inhalation exposure to mycotoxins comes from studies done in the workplace and some case studies or case reports.

* Many symptoms and human health effects attributed to inhalation of mycotoxins have been reported including: mucous membrane irritation, skin rash, nausea, immune system suppression, acute or chronic liver damage, acute or chronic central nervous system damage, endocrine effects, and cancer. More studies are needed to get a clear picture of the health effects related to most mycotoxins. However, it is clearly prudent to avoid exposure to molds and mycotoxins.

Some molds can produce several toxins, and some molds produce mycotoxins only under certain environmental conditions. The presence of mold in a building does not necessarily mean that mycotoxins are present or that they are present in large quantities.

Note: Information on ingestion exposure, for both humans and animals, is more abundant — wide range of health effects has been reported following ingestion of moldy foods including liver damage, nervous system damage, and immunological effects.

Some compounds produced by molds are volatile and are released directly into the air. These are known as microbial volatile organic compounds (mVOCs). Because these compounds often have strong and/or unpleasant odors, they can be the source of odors associated with molds. Exposure to mVOCs from molds has been linked to symptoms such as headaches, nasal irritation, dizziness, fatigue, and nausea. Research on MVOCs is still in the early phase.

Glucans are small pieces of the cell walls of molds which may cause inflammatory lung and airway reactions. These glucans can affect the immune system when inhaled. Exposure to very high levels of glucans or dust mixtures including glucans may cause a flu-like illness known as Organic Dust Toxic Syndrome (ODTS). This illness has been primarily noted in agricultural and manufacturing settings.